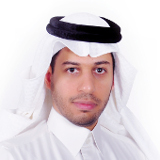 Ahmad Khayyat is an assistant professor in the Computer Engineering Department at King Fahd University of Petroleum and Minerals (KFUPM). He also currently serves as the director of the Information and Communications Technology Center (ICTC) at KFUPM (CIO).

Ahmad received his PhD and MScE (Master of Science in Engineering) degrees from Queen’s University, Canada, in 2013 and 2007, respectively. He received his BS degree from KFUPM in 2002 with first honors.

Ahmad is a member of the Institute of Electrical and Electronics Engineers (IEEE), and the IEEE Computer Society.